Reflections on the 2021 Parliament of World Religions 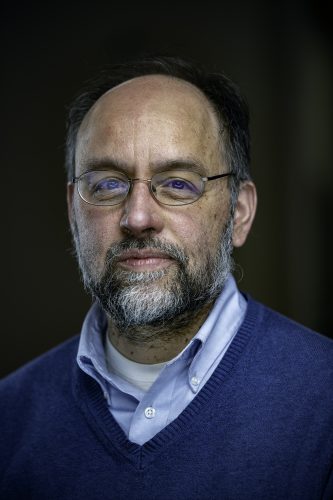 “What if the darkness of the tomb was actually the darkness of the womb?”  Valerie Kaur, Sikh activist and author, posed this question at the Parliament of World Religions three years ago, where Paths to Understanding’s Executive Director, Rev. Terry Kyllo, and I renewed our friendship amidst the gathering of 8,000 people representing spiritual and religious traditions and practices from all over the world. What connected us all were the deep values we share and seek to embody in our work: To deepen our bonds of unity amidst our diversity and to orient ourselves to a pathway of ethical living. These aspirations guide my work in immigrant accompaniment and anti-racism with the Church Council of Greater Seattle and Terry’s work in allyship and multi-faith relations with Paths to Understanding.

As the Parliament gathered again this October, this time remotely, it was before the backdrop of an unprecedented global pandemic, climate emergency, and an increase in global poverty for the first time in 20 years. Many there, including me, felt daunted by the need to find a way forward that is truly sufficient to meet the challenges of our times. I thought of Valerie Kaur’s words, pointing to the fact that

women uniquely bear witness that death does not have the final word, but rather life does. Interfaith participation in this insight, and commitment to make it a reality, is critical.

At this year’s Parliament, again, women speakers claimed their own authority as messengers of systemic change. I heard a renewed cry to ensure that the capacity of women and girls to thrive was paramount to a peace with justice. Women spoke truth to the powerful religious gathered at the Parliament. They charged us with grappling with profound suffering and with our religious sensibilities which tend to focus on knowing rather than bearing-with. They humanized us by humanizing the women and girls on the margins. And they said they must be centered as the people who will make an alternative world possible.

It is women and girls who bear the brunt of suffering from various forms of supremacies playing out throughout the world. Soraya Dean of OMNIA spoke to the human rights of women of faith. Gender-equity ought not be a threat to religious norms. The women who spoke in the Parliament were honest to reality (a phrase of the Jesuit Jon Sobrino).

The abuse, neglect, impoverishment, exclusion and marginalization of women and girls should be at the top of interfaith understanding of violence that imperils cultures, countries and the world.

The women who spoke clearly announced that changing this dynamic of injustice was neither a sidebar to the conference nor an added, separate issue to the other world-imperiling situations.  It is the pivot around which a future peace with justice should be measured.

Most significantly, the assembly was challenged to “live, listen, and learn from the women in the margins.”  There is no more luxury to be silent. Patriarchy legitimated by religion must be confronted. The religious voice is uniquely positioned to act from an ethical basis to change this dynamic. However, the interfaith practitioner needs to have their ear close enough to the ground to hear the cries, feel the suffering, grieve the losses, and bear with the pain that has been endured for generations and now can no longer be ignored.

I heard a restored hope that spiritual women are protagonists in the challenge to dismantle systems of oppression and to allow emerging strategies rooted in women’s experience to bear fruit. To quote António Guterres, from his recent speech on the International Day of Peace, decrying what he announced as a planetary emergency, he concluded by saying that the nations of the world need “to restore trust, and inspire hope, we need cooperation, we need dialogue, we need understanding.”

Photo by Jhon David on Unsplash